Imagine you’ve gone to see a play. When you get to the box office to pay $10 for a ticket, you realize that you’ve lost $10 from your wallet. You’ve got plenty of cash left for your entertainment, so would you still pay for the ticket? Most people say they would.

Now imagine you’ve arrived at the box office with all of your cash still in your wallet. After buying a ticket for $10, you get to the ticket-taker and realize you’ve lost your ticket. Would you buy another ticket? In this case, most people say they would not.

But hold on – aren’t these two cases really the same thing? In both cases, you’ve lost the equivalent of $10 on the way to see the play and you’re making a decision to spend $10 for a ticket. Why would people be inconsistent?

What are Mental Accounting Errors?

The previous example was proposed to people in experiment conducted by the behavioral psychologists Daniel Kahneman and Amos Tversky and presented in their research on The Framing of Decisions and the Psychology of Choice. The lost ticket and the lost $10 are both examples of sunk costs – that is, the money is gone, regardless of your future decisions. The sunk cost fallacy is just one type of mental accounting error.

According to Kahneman and Tversky, the way we frame the loss is an example of mental accounting, and can explain the change in our decision. In the first case, most people do not specifically link the loss of the $10 to the ticket purchase. In the second case, however, the loss is viewed in the same mental account as purchasing another ticket. The expense required to see the show is perceived as $20, a price which most people found excessive (keep in mind this work was done in the 1970’s, when $20 was worth much more than today).

Are We Rational Decision Makers?

Many people view themselves as rational decision-makers. So how could a simple reframing of a $10 loss cause people to make inconsistent decisions? According to strong evidence from the field of behavioral economics, we are inherently predisposed, under certain conditions, to consistently make irrational decisions that conflict with our goals and best interests.

These type of errors, called cognitive biases, occur repeatedly and systematically in all people to some degree. Even the leading experts in this field of science will admit to suffering from these biases, and usually describe their errors in the form of humorous anecdotes. So if the experts still make these errors, how can you and I have any chance to improve our decisions?

Before we get into fixes for financial thinking errors, let’s consider how sunk costs can can lead us astray in other areas of our lives. You may have read about wars between some far off countries in which citizens on either side use the justification “if we give up and stop fighting now, all of those lives lost in the war will be such a waste.” From an outside perspective, this probably does not seem logical, since achieving peace would save many lives in the future, regardless of lives lost in the past. However, this may be a much more difficult view when thinking about a war involving your own country. Such justifications have probably been used with every major world conflict, as in this case with the Vietnam War. The sunk costs in these cases are, of course, human lives.

Would You Intentionally Want to Make Bad Decisions?

If, at the time of your birth, you had a choice between living a life in which you make inconsistent decisions, often conflicting with your own best interest, or having the ability to make consistent decisions in line with your values and goals, which would you chose? I don’t think anyone intentionally wants to make bad decisions, so how can we learn to overcome these types of thinking errors?

This very question is much debated among the experts. It seems to be clear that simply knowing about various biases does not help one recognize, let alone mitigate, one’s own errors. Within the field of cognitive psychology, the practice of debiasing (the reduction of bias with respect to judgement and decision making) can offer insights. For some in-depth debiasing methods, here is an interview with Dr. Hal Arkes, Emeritus Professor of Psychology at The Ohio State University. In it, Dr. Arkes stresses that most of us live in “overconfidence land,” and that by taking a more objective “outside view” we can temper that overconfidence. Additionally, he suggests that we “show a little humility, particularly in areas in which we think we are experts.”

The first step in reducing our cognitive biases is to acknowledge them. Since there are about 160 different types of cognitive biases identified to date, just listing each would be overwhelming, so let’s just focus on the sunk cost fallacy.

If you are making a decision with any thought of past expenditures, you could be vulnerable to the sunk cost fallacy. Keep in mind that these expenditures come in many forms, including money, time, effort, or any other resource. Can these costs be recovered as a result of your decision? If not, they are sunk costs and should not be a factor in the decision. This is a simple statement, but in practice it can be difficult to implement. If you find thoughts of sunk costs difficult to eliminate, here are some tips:

Lastly, if you get confused with all of the modern research into cognitive behavioral science, just remember the Law of Holes adage –

“If you find yourself in a hole, stop digging” 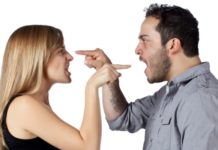