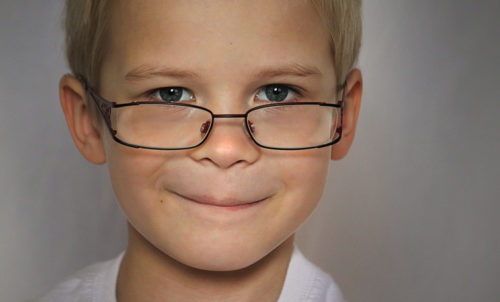 Dear Son, today I want to talk to you about how people make decisions.

Many choices in our lives have uncertain outcomes. Choosing between two options often involves a risk, such as whether you should spend your birthday money on a new bicycle or on a PlayStation. Each choice is like two sides of a coin: there’s a risk of losing something (a loss) and an opportunity of getting something (a gain).

If you spend your birthday money on a new bicycle you’ll forgo the latest Playstation, but gain the pleasure of cruising around the neighbourhood on your own bike. If you buy a PlayStation with your birthday cash, you’ll lose the chance of a brand new set of wheels, but gain the pleasure of having a PlayStation to play with your friends. Both alternatives involve gains and losses.

These types of choices are affected by three ways of thinking, which influence the way we evaluate the expected results of our decisions, and consequently, the choices we make.

1) The first one is called Loss Aversion

This means that if you lose a dollar and find it again the next day, you’ll feel three times happier (two from canceling the loss and one from the gain) than you felt before you lost it.

2) The second one is called Diminishing Sensitivity

This means that our sensitivity to things becomes smaller and smaller. If I turn on a dim light in your dark room while you’re sleeping, it will have a big effect. But the same dim light may be hard to see in your bright room during the day. Similarly, if your parents cut your $20 allowance by $5, you’ll feel it more than you would if you had a $30 allowance, but less than you would if you had a $10 allowance, though the difference ($5) is the same in all three cases.

3) The third one is called Reference Point

When people think about money they also use a reference point, which is usually what you expect. Outcomes that are better than the reference point are perceived as gains, while ones that are worse are perceived as losses. So if you are used to receiving $200 from your grandmother for Christmas and she gives you only $150 this year, you’ll feel like you lost something. But if you had received $100 in the past, this year’s $150 will make you feel like you gained something.

These three principles revolutionized a science called economics and how we think about money. More recently, a new kind of economics emerged, has which has introduced psychology – the science of the mind – into economics. This field is called behavioral economics. Understanding its ideas can help everyone, including you, make better decisions.

Questions for Consideration
• From the three principles, what is the one you consider the most important to teach to others?
• How can we create exercises/pedagogical games that can help us to educate children having these important principles in mind?
• How can you explain these principles most effectively to adults?