Employees Wanting Work to Be Fully Remote Will Win This Fall

The monumental battle over fully remote work is heating up this summer as more traditionalist business leaders are demanding that their employees come to the office much or all of the time.

Google maps workers, asked to come back to the office full-time recently, fought back with a petition and threats of a strike, and won a reprieve of 90 days. Elon Musk demanded that all Tesla staff come to the office full-time despite insufficient spaces at Tesla offices, resulting in Tesla staff getting recruited by other companies. Apple employees are pushing back publicly against the leadership’s demand for three days in the office, with a recent letter saying “stop treating us like school kids who need to be told when to be where and what homework to do.”

The same struggles are happening at smaller US companies, as well as across the globe. Yet what these traditionalist executives are failing to realize is that the drama, stress, and tensions caused by their demands won’t matter. Fully remote work will win this fall.

That’s because of the new COVID variants, which the Biden administration predicts may lead to 100 million infections in the fall.

The most dangerous is BA.5, which is much more resistant than prior variants to protection from COVID caused either by vaccinations or prior infections. Its capacity to escape immunity combines with what appears to be increased transmissibility and ability to induce a worse disease.

Thus, it led to a rise in hospitalizations in Portugal, Israel, and other countries where it became dominant. We can expect the same in the US as BA.5 becomes increasingly dominant later this summer.

Perhaps you think COVID vaccines might protect us from this problem? Think again.

Note that this is vaccine effectiveness against hospitalization, not infection: the vaccine is much weaker against infection. And it’s for the original Omicron strain BA.1, not BA.5, which is much more capable of immune escape, more transmissible, and causes more severe disease.

Let’s not forget that less than three-quarters of eligible Americans are vaccinated, less than half of all vaccinated Americans received a booster shot, and less than a quarter of those over 50 received a second booster.

Moreover, a new study shows that after an initial COVID infection, each subsequent infection with COVID results in higher risks of hospitalization and death.

In other words, after an initial infection, you end up with long-term or permanent damage that is exacerbated by subsequent infections. Thus, it’s important to minimize the number of times we get infected with COVID.

Unfortunately, the government is not taking steps needed to address this situation.

Despite multiple requests by the White House, the Congress is refusing to fund COVID vaccines and boosters, treatments such as Paxlovid, and research and production of next-generation vaccines. Election year politics at their worst.

The implication is clear: this fall will see a major COVID surge.

Moreover, we’ll be more vulnerable than before, given the lack of government funding for vaccines and treatments, and the vaccine escape of BA.5.

Opposition to Fully Remote Work by Traditionalist Leaders Will Backfire

During both the Delta surge and the Omicron surge, traditionalist companies that tried to force their employees back to the office, and experienced extensive drama and stress over this coercive approach, had to roll back their plans, with all that effort wasted.

Besides, the yo-yoing of going back and forth from home to the office and back home seriously undermined productivity, harmed engagement and morale, and impaired retention and recruitment.

We’ll see the exact same yo-yoing at Tesla, Apple, Google, and other companies led by traditionalist executives in a few months.

So why do they pursue this doomed effort to push their staff into the office? After all, these executives have the same information I do, and the implication is clear.

The key lies in what makes these executives feel successful and feeds their identity as leaders.

In fact, one leader wrote an op-ed piece about this topic, saying “There’s a deeply personal reason why I want to go back to the office. It’s selfish, but I don’t care. I feel like I lost a piece of my identity in the pandemic… I’m worried that I won’t truly find myself again if I have to work from home for the rest of my life.” By honestly saying the quiet part out loud, this op-ed reveals how other leaders use false claims about remote work undermining productivity, innovation, and social capital to try to cover up their true concerns.

This personal, selfish orientation speaks to a mental blindspot called the egocentric bias, an orientation toward prioritizing one’s own perspective and worldview over others.

It is important to empathize with and understand where such leaders are coming from, but following their personal and selfish predisposition will hurt the bottom lines for their companies.

The Future of Work: A Hybrid-First, Team-Led First Model

What works much better is a hybrid-first, team-led model: a flexible approach where individual team leads consult with their team members to decide what works best for them.

That goes for large companies, such as my client Applied Materials, a Fortune 200 high-tech manufacturer. It adopted an “Excellence from Anywhere” modality that focuses on deliverables rather than where someone works. That also goes for middle-size organizations, including another client, the Information Sciences Institute, a 400-staff data science and machine learning research center at the University of Southern California. ISI used this approach to gain leadership in hybrid and remote work.

Team members at Applied and ISI come to the office once or twice a week, whether to socialize or to collaborate more intensely, since for most people, intense collaboration works best in-person. Otherwise, team members stay at home, since workers are substantially more productive working remotely. And as COVID cases increase in their area, the teams flexibly adapt their approach to collaborate and socialize fully remotely.

A third client, the Jaeb Center for Health Research, chose to adopt a home-centric model. That’s because surveys showed the large majority of its staff wanted full-time remote work. Moreover, their research-focused activities are more individualized and less team-oriented than those at ISI or Applied. They only come to the office on rare occasions for meetings or training. Such remote-first, home-centric models will work well for organizations where individual employee productivity, rather than team productivity, is more important.

In short, flexible models – while going against the intuitions of many leaders – best fit the desires of most employees, whose biggest non-salary demand is flexibility. They address the risks associated with COVID variants, as well as other emergencies. And finally, they maximize profits for companies, by boosting retention, recruitment, collaboration, innovation, and productivity. The only obstacle is the personal, selfish orientation of traditionalist leaders, who need to recognize the danger they are posing to the success of their companies if they pursue their backward-looking coercive efforts to get their staff to return to the office.

Traditionalist business leaders are eager to get employees back into the office. They want staff back in the office for more time than employees had anticipated. However, the return to office demands by executives will backfire as the United States could see 100 million coronavirus infections this fall. This implication of the COVID surge is driven by new omicron subvariants that have shown a remarkable ability to escape immunity. Once again, workers will push back on office return plans. A wide-scale return to the office will prove to be a myth. With Covid case counts may soar this fall, fueled by the highly contagious Omicron variants, leaders should choose science over self interests. They should prepare their companies for the impending COVID wave this fall through a hybrid-first, team-led model which addresses the risks associated with COVID variants, as well as other emergencies.

Despite many traditionalist executives pushing for a return to the office, remote work will win this fall as the threat of new contagious COVID variants looms large. Companies that adopt a hybrid-first, team-led model will seize a competitive advantage…> Click to tweet 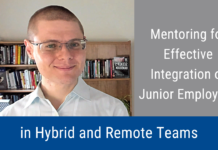 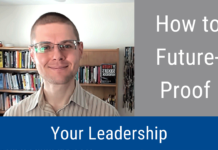 How to Future-Proof Your Leadership (Video & Podcast) 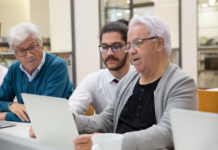