How to Deal With Colleagues in Denial | Intentional Insights

When’s the last time you heard a colleague say something so ridiculous that it made your jaw drop? Such denial of reality happens surprising often.

Perhaps it’s something political — like, George Bush is behind 9/11. Maybe they express science denial, insisting that the Earth is flat. Or is their delusion related to your business, something that makes you realize that they’re seeing the profit and loss statements through rose-colored glasses?

Being in Denial is More Frequent Than You Think

Your colleagues being in denial happens more often than you might think. A four-year study by LeadershipIQ.com, an organization providing online leadership seminars, interviewed 1,087 board members from 286 organizations of all sorts that had forced out their Chief Executive Officers. It found that 23 percent of CEOs were fired for denying reality, meaning refusing to recognize negative facts about his or her organization’s performance.

Other research strongly suggests that such behaviors, expressed by CEOs, “are felt throughout the organization by impacting the norms that sanction or discourage member behavior and decision making, and the patterns of behavior and interaction among members.” Together, these findings suggest that organizations where CEOs deny negative facts will have a culture of denying reality throughout its hierarchy.

Of course, people may hold false beliefs in any type of organization. Professionals at all levels suffer from the tendency to deny uncomfortable facts. Scholars term this thinking error the ostrich effect, after the (mythical) notion that ostriches stick their heads into the sand when they encounter threats.

The ostrich effect is one of over 100 dangerous judgment errors that result from how our brains are wired, what scholars in cognitive neuroscience and behavioral economics call cognitive biases. We make these mistakes not only in work, but also in other life areas, for example in our shopping choices, as revealed by a series of studies done by a shopping comparison website.

Fortunately, recent research in these fields shows how you can use pragmatic strategies to address these dangerous judgment errors, whether in your professional life, your relationships, or other life areas. You need to evaluate where cognitive biases are hurting you and others in your team and organization. Then, you can use structured decision-making methods to make “good enough” daily decisions quickly; more thorough ones for moderately important choices; and an in-depth one for truly major decisions.

How do you deal with colleagues suffering from the ostrich effect in particular? I regularly give keynotes and trainings, as well as do consulting and coaching, on dealing with truth denialism — in business, politics, and other life areas. My best-selling book, The Truth-Seeker’s Handbook: A Science-Based Guide, provides thorough guidance on how to address truth denialism.

This piece provides you with a research-based, peer-reviewed process you can take to address business colleagues who deny the facts.

To Help Colleagues in Denial, Do Not Lead With Facts or Logic

Our intuition is to confront people with the facts, but research — and common sense, if the individual is, say, your supervisor — suggests that’s usually exactly the wrong thing to do. When we talk to someone who believes something we are confident is false, we need to suspect some emotional block is at play. Unfortunately, despite extensive research about its importance in professional settings, too many organizations still fail to provide training in emotional intelligence, including how to deal with colleagues whose emotions lead them to deny reality.

A number of factors explain why people may hold false beliefs. For example, research on the confirmation bias shows that we tend to look for and interpret information in ways that conform to our beliefs. So even if sales are far below expectations, CEOs might reject that information while projecting good financial forecasts, if they believe their actions should lead the company to do well. Thus, a CEO might say that the sales will definitely go up in the near future, more than making up for the shortfall.

Here’s an example from my own experience. I consulted for a company where a manager who made a hire refused to acknowledge the new employee’s bad fit, despite everyone else in the department telling me that the employee was holding back the team. The manager’s behavior likely resulted from what scholars term the sunk cost fallacy — our tendency to double down on our past decisions, even when an objective assessment shows that doing so would waste resources.

In these types of cases, facing the facts would cause an individual to feel bad about themselves. Unfortunately, we often prefer to stick our heads into the sand than acknowledge fault, because of our reluctance to experience negative emotions. Research on a cognitive bias called the backfire effect shows that when we are presented with facts that cause us to feel bad about our identity, self-worth, worldview, or group belonging, we tend to dig in our heels and refuse to accept them.

In some cases, presenting the facts to people actually backfires, causing them to develop a stronger attachment to their incorrect beliefs, as scholarship shows. Moreover, we express anger at the person bringing us the message, a phenomenon researchers term shoot the messenger. There are many other mental errors that inhibit professionals from seeing reality clearly and making good decisions.

To Deal With Those in Denial, Use EGRIP (Emotions, Goals, Rapport, Information, Positive Reinforcement)

To help you deal with colleagues in denial effective, I developed a 5-step technique that can be summarized under the acronym EGRIP (Emotions, Goals, Rapport, Information, Positive Reinforcement).

Some might ask: if emotions are the problem, shouldn’t the solution be to suppress them? After all, we’ve all heard that emotions have no place in business.

Let me be clear that emotions are not the inherent problem. They are fundamentally important to the human experience. We need both reason and emotions to achieve our goals, according to the research.

Instead, your goal should be to show emotional leadership and try to figure out what are the emotional blocks inhibiting colleagues from seeing reality clearly. Use curiosity and subtle questioning to figure out their values and goals, and how these tie in to their perception of self-identity. During a discussion, focus on deploying the emotional intelligence skill of empathy — understanding other people’s emotions — as a way to determine what emotional blocks might cause them to stick their heads into the sand of reality.

Step 2: Figure Out Their Goals

Next, you’ll want to figure out the goals motivating their emotions. What goals does the false belief inhibit for them? The goals might be personal or professional; the person might or might not realize these goals. You want to continue using curious questioning to understand, at least in broad strokes, their aspirations.

For example, for the CEO, you might want to inquire gently about their goals for the company and for themselves. You might find out that he wants to be seen as a strong leader.

With the manager, I asked about her goals for her department’s future. She shared her aspiration for the department to grow and prosper.

Step 3: Put Yourself on the Same Side By Building Rapport

Next, you’ll want to communicate to them that you have shared goals and are on the same side, building rapport. Doing so is crucial, as scholarship shows, for effective knowledge sharing in professional environments.

Practice mirroring, or rephrasing in your own words the points made by the other person, which helps build trust. Use empathetic listening, a vital skill, to echo their emotions and show you understand how they feel.

With the CEO discussed above, you might talk about how both of you share a desire for him or her to be a truly strong leader. Try to connect the traits and emotions identified by the CEO to specific examples of their behavior.

With the manager, I steered the conversation to how she saw her current and potential future employees playing a role in the long-term future of her department. I echoed her anxiety about the company’s performance and concerns about getting funding for future hires, which gave me an additional clue into why she might be protecting the incompetent employee.

Step 4: Lead Them Away From False Beliefs Through Sharing Information

After placing yourself on the same side, building up rapport, and establishing an emotional connection, move to the problem at hand — their emotional block. The key is to show them, without arousing a defensive or aggressive response, how their truth denialism will lead to them undermining their own long-term goals, a research-driven approach to addressing thinking errors.

In the case of the CEO, you might discuss how research shows that strong leaders welcome learning negative information and updating their beliefs toward reality, so that they can fix the problem effectively; in turn, failing to identify negative facts is a sign of a weak leader. Encourage him to consider what aspects of the company’s performance might be problematic, and how they might be addressed. Offer to collaborate on addressing problems. Emphasize how only weak leaders turn away from reality, if the CEO proves stubborn; the key to their emotional block could be a self-identity as an effective leader. Share about how top CEOs, such as Alan Mullaly at Ford, succeeded due to multiple course corrections. Your goal is to help the individual incorporate a new character trait into their perception of what makes a good leader.

I asked the manager I spoke with to identify which of her employees contributed most to her goals for the department’s long-term performance, which the least, and why. I also had her consider who contributed the most to the team spirit and unit cohesion, and who dragged down morale and performance.

As part of the conversation, I brought up research on why we sometimes make mistakes in evaluating colleagues and how to avoid them. She acknowledged the employee in question as being a poor performer and a drag on the group. Together, we collaborated on a plan of proactive development for the employee; if he did not meet agreed-upon benchmarks, he would be let go.

Step 5: Help Them Associate Good Feelings With Changing Their Minds Via Positive Reinforcement

Conclude your conversations with positive reinforcement for colleagues accepting the facts, an effective research-based tactic. The more positive emotions the person associates with the ability to accept negative facts as an invaluable skill, the less likely anyone will need to have the same conversation with them in the future.

Our typical methods of dealing with the frequent occurrence of a colleague in denial are wrong. Don’t lead with facts, reason, and logic. Focus on their emotions above all, as it’s their emotional block that inhibits them from acknowledging reality. Use the 5-step research-based strategy called EGRIP to 1) discover their emotions; 2) then their goals; 3) build up rapport; 4) provide information to change their mind; 5) finally, offer positive reinforcement for them updating their beliefs to match reality. It’s not as easy as trying to argue, but it’s much, much more likely both to change their mind and to preserve and even strengthen your relationships. To remind yourself to use this technique, you can use this decision aid .

To get colleagues in denial to believe the truth, use EGRIP: 1) discover their emotions; 2) then their goals; 3) build up rapport; 4) provide info to change their mind; 5) offer positive reinforcement for them updating their beliefs. -> Click to Tweet 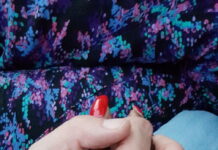 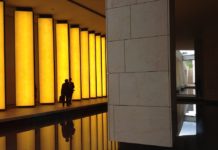 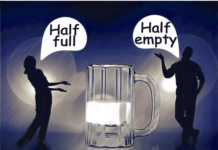 The Secret of Getting Optimistic and Pessimistic Employees to Collaborate Effectively