Why do you buy what you buy? Are your purchases for the right reasons? Research shows that people overestimate their logical decision-making when purchasing, and instead make many irrational choices in their shopping. We think we shop based on our self-directed goals. In reality, we are shaped very strongly by our external context: the environment crafted by advertisements and salespeople, as well as website and store layouts.

People overestimate their ability to keep their impulses in check, a tendency that behavioral economists and neuroscientists call restraint bias. It is one of more than a hundred mental blind spots that scientists call cognitive biases, which lead us to poor choices, in shopping, relationships, and other life areas.

It’s a good thing we can use research-based strategies to notice cognitive biases and overcome these mental blindspots.

Research on the restraint bias shows that those smokers who have a higher opinion of their impulse control often open themselves to greater temptation, which results in a higher rate of relapse. So if you think you’re great at impulse control, think again.

A new online survey by Top10.com gives more evidence for the effect of context instead of internal goals and drivers in people’s shopping choices. The survey asked a representative sample of over 1,000 Americans about how often they made impulse purchases, how frequently their shopping choices were caused by something they learned recently, and how often the setting shaped their buying decisions.

Usually, people under-report their own behaviors when answering these kinds of questions, especially in social settings, because they feel embarrassed having to admit their own bad decisions. This is also the case when answering online surveys.

Scientists named this cognitive bias as post-purchase rationalization, referring to people self-justifying and developing more positive feelings for shopping decisions after making them, whether they are good or bad decisions. Due to this, the actual rate of external-driven shopping behavior is probably significantly higher than what’s seen in the survey results.

Caught Up in the Moment

The numbers describe the significant majority of shopping behavior in the US, which still happens in-person. For instance, the US Department of Commerce reports that in 2017, Ecommerce sales totaled just $453 billion, while brick-and-mortar store sales were $3,043 billion. Despite this, online shopping is rising at a faster pace compared with in-person sales, with a 16% increase in Ecommerce from 2016 to 2017 compared to a 2% increase for brick-and-mortar stores over that same period.

So how much impulse shopping do you think takes place online? Check out the graph below.

When Shopping In-Person, How Often Do You Make Impulse Purchases, Compared with Thought out Purchase Decisions? 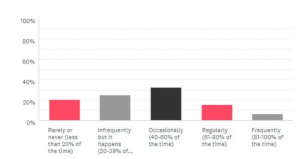 When Shopping Online, How Often Do You Make Impulse Purchases, Compared with Thought out Purchase Decisions? 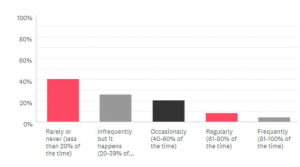 What Explains The Differences?

Research shows that online reviews often propel people’s impulsive purchasing behaviors. Many shoppers make dangerous judgment errors by trusting the reviews they see online. Even though fake reviews are everywhere, most people don’t make the effort to learn about how to spot fakes.

Another factor that research finds affects the likelihood of making impulsive online purchases has to do with website quality: it’s more likely for us to purchase impulsively if the website looks good to us. Additionally, interactive and vivid sites also boost impulse purchases. Beware of these sites if you want to curb your impulse shopping.

However, there are factors that can limit impulse purchases online. The vividness only affects our sight, hitting only one out of five primary senses. Additionally, when we’re window shopping online, we can make quick comparisons between items using a shopping comparison website or – if there’s no other option – looking through online reviews. We can also put our phone down or turn away from the computer to think rationally.

By contrast, in-person shopping limits these kinds of comparisons, so it’s harder to resist because most of our senses are hit by stimuli. People shouldn’t underestimate the impact of the sensory vividness of in-store stimuli, because it speaks straight to our Autopilot System, the emotional part of us that motivates the large majority of decisions. This part leads impulse purchases, and our Intentional System – our rational part – often can’t stop the Autopilot System once it’s been triggered by emotionally appealing stimuli.

Your Environment or Your Personality?

How Was it Framed?

How can this lack of awareness be explained? A major culprit is the subtle but powerful cognitive bias called the framing effect, the tendency to decide differently based on how the decision is framed for us by the context.

Let’s say you walk into a shoe store and see a sign that says “get a pair of shoes for FREE, when you buy 2 pairs.” This is tempting and you’re likely to make the purchase even if you only wanted to buy one pair originally. After all, you’ll be getting a free pair of shoes!

Now, imagine if you walk into another shop to purchase a sweater and see a sign saying “buy 2 sweaters, get a third FREE.” You’ll find this deal less tempting because you’ll have to pay for two sweaters, when what you originally wanted was just one, in order to get the freebie.

Why this reaction? Our emotions go with first impressions and prefer the easiest route. You’re more likely to pick the shoe store because it offered the free pair of shoes first and only after said that you have to purchase two pairs first, received a fast positive reaction, compared to the sweater store.

Another aspect of the environment people frequently ignore is  the informational environment, whether from the external context or the retailer. People usually pay too much attention to something emotionally charged they learned recently, especially negative information, a cognitive bias called attentional bias.

What Can You Do?

You can develop a host of mental skills to avoid the dangerous judgment errors you encounter.

First, acknowledge your vulnerability to cognitive biases and commit to addressing them.

Second, focus on changing your context to limit bad shopping decisions. You can shop online to avoid temptation.

Third, delay making a decision by at least half an hour before purchasing, or sleep on it if you can. This helps increase the pull of your Intentional System.

Fourth, making a list of what you will buy, how much of each, and for how much, can also help you. You can’t do this for everything you buy, so do these for one-time significant expenses above $100 or items that you buy regularly.

Lastly, high-quality advice has been found to be helpful in curbing bad choices. This can come from reputable online sources or people you trust. Determine who these are and consult them before you make a shopping decision.

When it comes to shopping, we overestimate our abilities to keep our impulses in check. You can avoid poor shopping choices by developing a host of shopping mental skills.–> Click to tweet

Adapted version of an article originally published in Top10.com 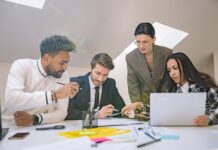 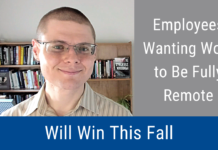 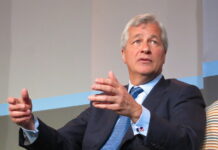