How to Talk Politics With Family Over the Holidays - Intentional Insights 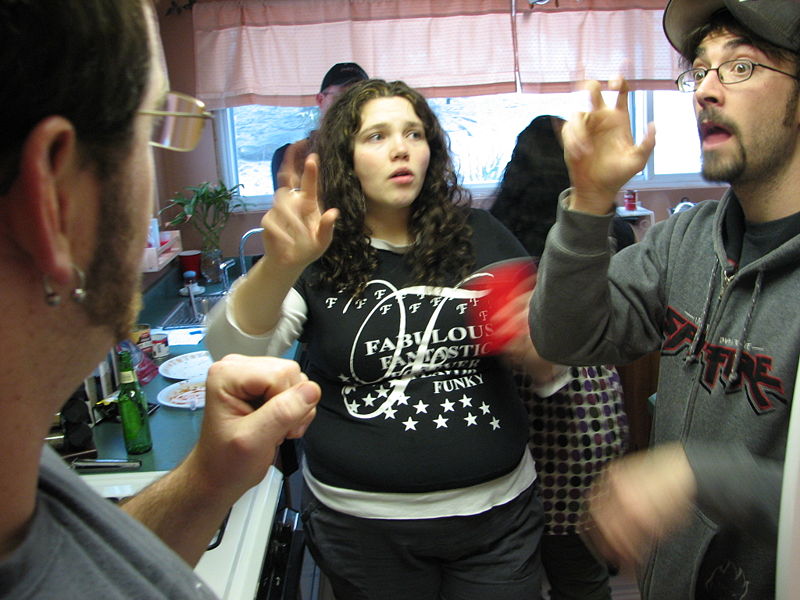 It’s the holiday season, which means plenty of opportunities for uncomfortable interactions with family members about politics. How can you deal with such conversations effectively?

My aunt invited me to her holiday party recently, where I sat across the table from my distant cousin Mark. He proclaimed the benefits of the Democratic Party’s recent efforts to raise the federal minimum wage to $15, arguing that it will be very good for the economy, and denouncing those who argued against it as robbing the poor. By the end of our conversation over that meal, he grew to be much more skeptical of the benefits of raising the minimum wage. To get him to update his beliefs, I relied on my research on how to get people to accept the facts, specifically a strategy that can be summarized under the acronym EGRIP (Emotions, Goals, Rapport, Information, Positive Reinforcement).

Our typical response is to respond by presenting the facts and arguing about the quality of the evidence. However, studies suggest that doing so is generally not effective in changing people’s minds on charged issues. Research on the confirmation bias shows that we tend to look for and interpret information in ways that conforms to our beliefs. Moreover, studies on the backfire effect reveal that when we are presented with facts that go against our worldview, we sometimes develop a stronger attachment to their incorrect belief.

If someone denies clear facts, you can safely assume that it’s their emotions that are leading them away from reality. We need to deploy the skill of empathy, meaning understanding other people’s emotions, to determine what emotional blocks might cause them to stick their heads into the sand of reality. In Mark’s case, it was relatively easy to figure out the emotions at play through making a guess based on what research shows about the kind of emotions that liberals value most: caring and fairness. I confirmed my suspicion through active listening and using curiosity to question Mark about his desire to see the wage increase. He shared his sadness about seeing people long hours while barely scraping by, and also his sense of injustice about the pay gap between CEOs and minimum wage workers.

Next, establish shared goals for both of you, crucial for effective knowledge sharing. With Mark, I talked about how we both want the working poor to be better off economically, and also how we want to have a more fair and just society.

Third, build rapport. Using the empathetic listening you did previously, a vital skill in promoting trusting relationships, echo their emotions and show you understand how they feel. In the case of Mark, I echoed his sadness and desire for fairness. Next, I  added that we should always orient toward the facts, wherever they may lead, and added that I – along with thousands of other citizens – took the Pro-Truth Pledge as a public signal of commitment to sharing accurate information, and welcomed him to hold me accountable. He appreciated that opportunity, and it built my credibility in his eyes.

Fourth, move on to sharing information. Here is where you can give the facts that you held back in the beginning. I talked to him about how I was really concerned about research showing that millions of people may well lose their jobs with a $15 minimum wage hike. Already in Seattle, at the forefront of the $15 wage increase, an increase in the minimum hourly wage from $11 to $13 resulted in a three to one net loss to the working poor.

I focused in particular on appealing to Mark’s emotions, describing how unfair the wage increase would be to the millions who would lose their jobs, and how much they would suffer after being laid off. The key here is to show your conversation partner, without arousing a defensive or aggressive response, how their current truth denialism will lead to them undermining our shared goals.

Mark was surprised and moved by this information, presented in an emotionally-sensitive manner. He agreed that such job loss would indeed be unfair and cause much suffering, and expressed much more skepticism about the Democratic Party platform around the wage increase. I offered positive reinforcement for his orientation toward the facts, praising his ability to update his beliefs. Positive reinforcement is very valuable as a research-based tactic of encouraging people to change their identity and sense of self-worth.

Dr. Gleb Tsipursky is the author of The Truth-Seeker’s Handbook: A Science-Based Guide. He is an Assistant Professor at The Ohio State University, President of the nonprofit Intentional Insights, and co-founder of the Pro-Truth Pledge.