How to Talk to a Science Denier without Arguing - Intentional Insights 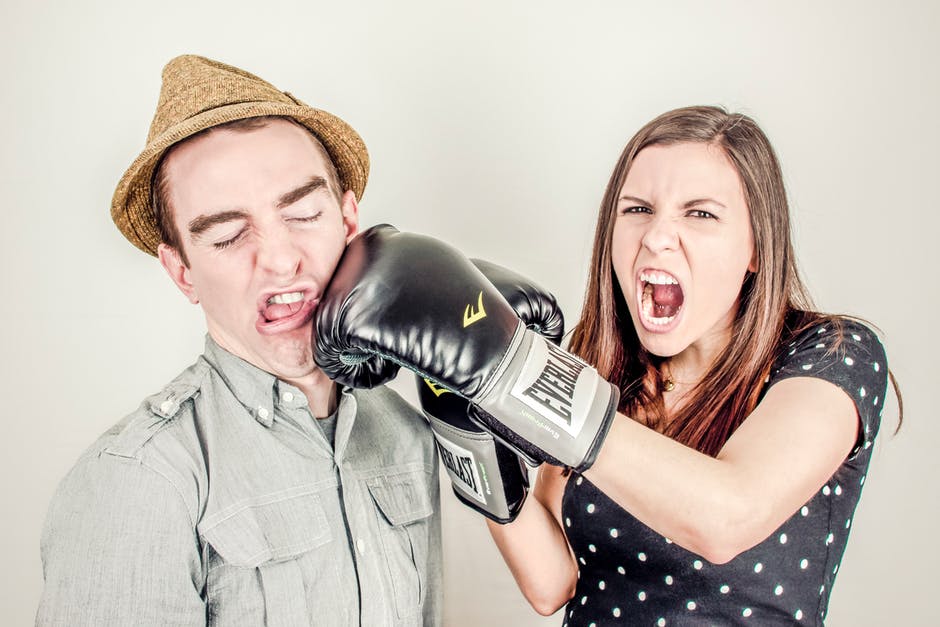 Caption: man and woman in a conflict (Gratisography/Pexels)

It’s the holiday season, which means plenty of opportunities for uncomfortable interactions with friends and family who are science deniers, from people who believe the moon landing was faked to those who believe vaccines cause autism or who think that humans did not cause significant global climate change. How can you deal with such science deniers effectively?

My close friend invited me to her house for Thanksgiving, where I sat across the table from her cousin Sam. Learning about my research on promoting truthfulness in our society, he proceeded to denounce what he called the “climate change hoax” as a vast attack by liberals on businesses. He told me how his dad lost his job at a factory that moved to Mexico, placing blame on government regulations – including pollution control – that made it too expensive for the plant to operate in the Columbus, OH, where Sam lives.

By the end of our conversation over that meal, he accepted the validity of the science on climate change. Sam is one of many people who updated their beliefs during conversations with me, including prominent ideologically-oriented talk show hosts. Recently, I published a book on this topic, The Truth-Seeker’s Handbook: A Science-Based Guide. One of the strategies described there can be summarized under the acronym EGRIP (Emotions, Goals, Rapport, Information, Positive Reinforcement), which provides clear guidelines on how to deal with Sam and other people who deny the facts, in science and other life areas.

What Not To Do

Our typical response is to respond by presenting the facts and arguing about the quality of the evidence. However, studies suggest that doing so is generally not effective in changing people’s minds on charged issues. Research on the confirmation bias shows that we tend to look for and interpret information in ways that conforms to our beliefs. Our emotions are much more powerful than our reason, and we tend to go with our guts when perceiving new information.

Moreover, research on a phenomenon called the backfire effect shows when we are presented with facts that cause us to feel bad about our identity and worldview, we tend to dig in our heels and refuse to accept the facts. In some cases, presenting the facts actually backfires, causing people to develop a stronger attachment to their incorrect belief.

If someone denies clear facts, you can safely assume that it’s their emotions that are leading them away from reality. While gut reactions can be helpful, they can also lead us astray in systematic and predictable ways. We need to deploy the skill of empathy, meaning understanding other people’s emotions, to determine what emotional blocks might cause them to stick their heads into the sand of reality.

In Sam’s case, it was relatively easy to figure out the emotions at play through active listening: anxiety about job security, compounded by his dad’s experience. I confirmed my suspicions by using curiosity to question Sam – who was in his junior year in college – about whether he was concerned that government protections would inhibit his ability to find a job, and he answered “you’re damn right I’m worried about that.” You will have to figure out based on the context of each individual situation the relevant emotions at play.

Next, establish shared goals for both of you, crucial for effective knowledge sharing. With Sam, I talked about how we both want people to secure jobs in the current uncertain economic environment, and he strongly agreed. I also said how we both want him and his friends and family – who were all around us at the Thanksgiving dinner table – to stay healthy, and he agreed as well.

Third, build rapport. Using the empathetic listening you did previously, a vital skill in promoting trusting relationships, echo their emotions and show you understand how they feel. In the case of Sam, I told him I understood his feelings of worry and anger. I also told him I was worried about his health and the health of other students, due to the hundreds of thousands of deaths caused by pollution. Finally, I added that we should always orient toward the facts, wherever they may lead, and added that I – along with thousands of other citizens – took the Pro-Truth Pledge as a public signal of commitment to sharing accurate information, and welcomed him to hold me accountable. He appreciated that opportunity, and it built my credibility in his eyes.

Fourth, move on to sharing information. Here is where you can give the facts that you held back in the beginning. Since Sam’s concerns had to do with economic issues, I focused on the money rather than the science. I talked to him about how while I did not know the specifics of his dad’s situation, I could truthfully state that the government sometimes makes unwise policies that result in harmful outcomes. Next, I pointed out to him how the number of clean energy jobs in Ohio is growing, and much quicker than overall job growth; given bipartisan support, this trend will likely continue. Then, I highlighted how since manufacturing jobs like the one his dad had aren’t coming back, he could secure a good financial future for himself in the green energy field after college.

Likewise, he would also help protect his health and the health of his friends and family around the dinner table. As a bonus, he wouldn’t have to deny scientific studies. After all, as I told him, the scientists are simply finding data, and it’s government officials and business leaders who decide what to do with it. The key here is to show your conversation partner, without arousing a defensive or aggressive response, how their current truth denialism will lead to them undermining in the long term the shared goals we established earlier, a research-driven approach to addressing thinking errors.

Sam was surprised and moved by this information. He agreed that green energy might well be a good future for him. He confessed he was feeling mental strain due to denying scientific findings, and was relieved to see that believing in science did not have to mean he would not find a job. I offered positive reinforcement for his orientation toward the facts, praising his ability to update his beliefs. Positive reinforcement is very valuable as a research-based tactic of encouraging people to change their identity and sense of self-worth to align with truthfulness through associating positive emotions with doing so.

Dr. Gleb Tsipursky is the author of the Amazon bestseller The Truth-Seeker’s Handbook: A Science-Based Guide. He is an Assistant Professor at The Ohio State University, President of the nonprofit Intentional Insights, and co-founder of the Pro-Truth Pledge.