How Trump Changed My Mind About Marriage - Intentional Insights 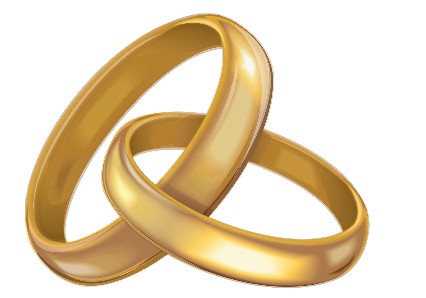 By Jeff Dubin, who works as a Clinical Social Worker, and serves as the Vice President of the Humanist Community of Central Ohio.

It’s not easy to admit, but I am grateful to Donald Trump for leading me to realize I was wrong about marriage. After all, I always seek to learn when I am mistaken and update my beliefs toward the truth. Sometimes, these lessons come from unexpected teachers.

As far back as I can remember, I had always been opposed to getting married, until that fateful night on November 8, 2016 when Trump was elected. I had what I thought were three compelling reasons.

MARRIAGE: FOR BETTER OR FOR WORSE

Before the recent Supreme Court ruling granting marriage equality, I thought that to get married when my lesbian and gay friends could not do so would be like choosing to patronize a “Whites Only” business. I thought that as a straight person, to get married would mean to endorse a discriminatory institution. Instead, I was boycotting marriage, just like people of good conscience in the era of open discrimination against African Americans might have refused to enter a place that admitted only whites.

Also, I felt that it made no sense to say, “’Til Death Do Us Part,” when so many marriages eventually end in some other way. We all know couples whose marriage soon ended in acrimonious divorce, and whose children and other family members suffered the fallout. We cannot reliably predict the future. Why pretend that divorce or abandonment cannot possibly happen?

Then there was the apparent contradiction of saying to another person, “You’re my best friend, I trust you more than anyone in the world, now SIGN THIS LEGAL CONTRACT!” I know that I consider my female partner, Charlene, to be my best friend as well as my lover. Why would you not take a best friend at their word? For either of us to demand that the other sign a legal contract, I thought, would undermine any real trust present.

Yet, there’s no denying that the institution of marriage offers many benefits. These include several legal protections, such as connection in the Social Security system, eligibility for joint health insurance, decision-making power in times of severe illness, and being considered next of kin in case of death. It also tends to lead to the endorsement of one’s relationship by the community. I feel close to Charlene’s parents and other family members, who have been kind and welcoming toward me; likewise, my parents have already accepted her as part of the family.

REACTANCE: “I WON’T DO WHAT YOU TELL ME!”

Only recently did I realize the REAL cause of my objection to marriage: a psychological phenomenon called reactance.

Reactance is a common reaction that occurs in many of us when we feel that someone is telling us what we may or may not do. In response to real or perceived denial of a freedom, we often react by wanting to exercise that freedom.

Think of being a child and being forbidden to do something. Can you remember wanting to do that thing even more, just because it was forbidden?

Think of Marlon Brando’s 1950s motorcycle gang leader, in “The Wild One,” who replied to the question “What are you rebelling against?” with, “Whadda you got?” Or think of Zach de la Rocha of Rage Against The Machine, screaming “F*** YOU, I WON’T DO WHAT YOU TELL ME!”

I try to avoid getting in fights, I’m not a punk rock singer, and I don’t even have a motorcycle. Yet, I do have a very strong reactance response. If I feel that society expects me to do a thing, I tend to not want to do it, or to want to do the opposite.

Still, making decisions according to reactance, when one has the capacity to reason better, is an unwise thing to do. Suppose you were on an airplane and it lost cabin pressure, and the flight attendant told you to put on the oxygen mask. Would you rebel against authority, screaming “F*** YOU, I WON’T DO WHAT YOU TELL ME!”? To do so, in this instance as well as many other situations, could be a deadly mistake.

On Election Day 2016, as I saw one of the worst things happen to my country and the world that I could have imagined, I thought, “I have to start making better, more responsible choices than ever before.” And I thought of President Barack Obama’s paraphrase of a scripture quote, from his inauguration speech in January 2009: “The time has come to set aside childish things.”

So, not because of social pressure, but due to reasoning better than before, I decided to set aside childish thinking and make an adult decision. I suggested to my partner that we get married, and she agreed. I quickly felt the relief that you feel when you decide to do what some part of you knew all along to be the right choice. I felt a sense of freedom through no longer being held back by the obstacle that is reactance. Having a woman who loves me and treats me so well agree to be my wife was, shall we say, icing on the cake.

I will continue to support friends and family who are single, or widowed, or choose not to marry for all sorts of legitimate reasons. I will not pressure others, even jokingly. Ideally, I would like it if the government had nothing to do with marriage, and all relationships were honored equally. But we must live in the world that is while striving for one that is better.

As much as I despise Trump, and as much harm as I already see him doing and expect him and his post-truth political methods to do in the future, I owe him thanks for helping me to upgrade my thinking.

I will leave you with a few questions to ponder:

When have you resisted health advice from a doctor or others–maybe to change your diet, or to exercise more, or to cut down on smoking or use of drugs–due to reactance?

What cultural practices might be of some value to you, that you have avoided solely because of a negative feeling about tradition?
What experiences might have contributed to these reactance responses?

P.S. Tired of lies in politics? Take the Pro-Truth Pledge, a research-based strategy to get politicians and other public figures to tell more truth and less lies!