Is Kevin McCarthy the Smartest Man in Washington? - Intentional Insights 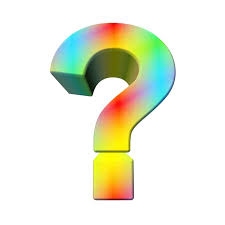 Can you imagine pulling out of the most prestigious promotion opportunity of your career, to be at the very top of your organization, to be the one in charge? Sounds crazy, right? You’d say it was the dumbest move you can make.

Well, Kevin McCarthy made that exact decision to pull out of the race for the Speaker of the House. This is undoubtedly the most prestigious and powerful position in the House. He was widely seen as the top candidate, running against weak opposition. Yet on the very day of his nomination, at the meeting of House Republicans dedicated to nominating the Speaker, he chose to pull out.

He left the Republicans scrambling, shocked, and confused, like a bride leaving her groom at the altar. This never happened in the history of the House. This is what Representative Jeff Fortenberry, Republican of Nebraska, said: “The first reaction was ‘Wow!’ or ‘What did he say?’”…“The next reaction was, ‘Let me sit down and process this while eating lunch at the same time, because this was a shock, a surprise.’ ”

So is Kevin McCarthy crazy? Or is he crazy like a fox?

Sure, the Speaker of the House is the most prestigious and powerful position in the House, it’s the top position for which Kevin McCarthy could aspire. However, would it have been good for his future to get this position? Let’s unpack the future scenarios to see what would occur.

The small but vocal fraction of very conservative House Republicans, about 40 or so, made very high demands for their agreement to support any Republican nominee, as they wanted a stronger voice in shaping policy. This is the major reason for why John Boehner, the previous Speaker of the House, decided to resign – he didn’t want to deal anymore with the stresses and fractious infighting of trying to corral the conservative wing of the House Republicans. Because of the technicalities of the nomination process for the Speaker of the House, if Kevin McCarthy wanted the nomination, he knew he would have to bow much more to their demands, something he is reluctant to do as he is not nearly that conservative himself.

Now imagine the scenarios that would play out. Put yourself in the shoes of Kevin McCarthy. He got to the top by being a friendly guy, connecting well with fellow House Republicans. As expressed by Representative John Carter, Republican of Texas, “His success has been his personality,” but nonetheless, “There has to be a strong hand somewhere in this because it is like herding cats over here.”

Well, what’s going to happen now? Any time there is a major policy decision coming up, the conservative House Republicans would be all over him! They would demand to be paid back for their support for his nomination by pushing for decision to go their way. Kevin McCarthy would hardly be in a good position to use some of the same strategies that worked for John Boehner, of relying on Democrats to oppose the conservative House Republicans and get a consensus on bills. Yet these are exactly the type of strategies that led to John Boehner resigning himself!

So what can Kevin McCarthy do if he wants to pass bills he is proud of, but can’t get through because of the conservatives? He knows the Republican moderates in the House won’t support the extreme policies demanded by the conservatives. Kevin McCarthy would end up being stuck between a rock and a hard place, unable to pass any real bills, and just inviting flak from all sides. His future would not be very bright at all. He would probably be remembered as one of the worst Speakers of the House if he won the nomination. No wonder that other smart Republicans like Paul Ryan don’t want the nomination – who wants to be responsible for that messy situation?

Now what can you learn from Kevin McCarthy? Don’t just automatically grab for the highest ring that you can! Try to be crazy like a fox with opportunities like the kind of job promotion or other leadership positions such as in civic activities. Think about what it would be like to hold that position in the long term and whether it matches your goals. Evaluate the everyday activities you would do and whether you would enjoy them. Calculate the probabilities of what kind of an impact taking this position would have on your reputation and status. Then, make an intentional decision that would lead to the kind of life you want to lead.

Kevin McCarthy made that same kind of intentional decision to leave the Republicans hanging, shocked and surprised. He made a really smart move for himself and his future career by avoiding taking up the very dangerous position of the Speaker of the House. I pity and sympathize with whoever takes that position, as they will most likely be remembered as one of the worst Speakers of the House. Remember to be as smart as Kevin McCarthy next time you are offered a prestigious opportunity!