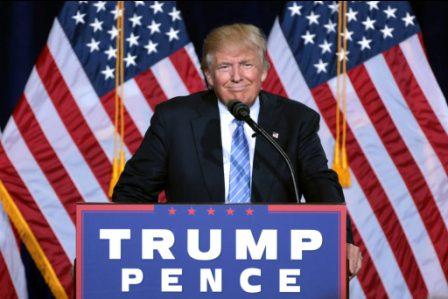 Donald Trump’s “Fake News Awards” for what he calls “the most corrupt & biased of the Mainstream Media” have drawn mockery. However, behavioral science research suggests they are deadly serious. These awards create an institution for Trump’s relentless attacks on mainstream media and position Trump as the only voice who gets to determine truthful media. Unfortunately, the typical style of news coverage will perpetuate Trump’s agenda. However, a different style informed by behavioral science strategies would convey more accurate information and address the damage from the Fake News Awards.

The purpose of any award is to create an institutionalized way of promoting a certain cause through drawing public attention. As an example, consider perhaps the most well-known prize in the world, the Nobel Prize, awarded for the most important scientific and cultural advances. Every year, the media is filled with headlines describing the awards and their recipients, resulting in significant public attention that uplifts the importance of science and culture.

This attention taps into the “availability heuristic,” our tendency to assign excessive importance to whatever happens to be at the forefront of our minds, and the “priming effect,” where we perceive exaggerated connections between past and future stimuli. Thus, the Nobel Prize causes the public to focus on scientific and cultural achievements, and interpret future advances in light of the winners of last year’s Nobel Prize.

More subtly, an award positions the grantor of the award as the sole legitimate voice in determining who deserves the award. Several Swedish and Norwegian institutions decide who gets the various Nobel Prize awards. Perhaps the most prestigious one, the Nobel Peace Prize, is determined by a committee elected by politicians in the Norwegian Parliament. Thus, the internal domestic politics of Norway powerfully influence this prize.

In parallel, the Fake News Awards promote Trump’s attacks on mainstream media. In a January 2, 2018 tweet, he described the award as highlighting “Dishonesty & Bad Reporting in various categories.” We can get a more clear nature of what he means by “various categories” from when Trump first tweeted on November 27, 2017 about handing out a fake news trophy for “the most dishonest, corrupt and/or distorted in its political coverage of your favorite President (me).”

Trump, in other words, aims to use the award to perpetuate the narrative of himself as the victim of unfair and dishonest mainstream media coverage: after all, he is well-known for using the label “fake news” to attack accurate news stories that he doesn’t like. The President will use these awards to draw massive public attention to supposed “fake news” coverage by mainstream news sources. In fact, he even delayed the granting of the awards due to the extensive public attention to the awards.

The availability heuristic will cause the public to focus on “fake news” in mainstream media’s coverage of the President, regardless of whether this coverage is accurate or not. The priming effect will move news consumers to be more likely to perceive negative coverage as fake.

Since such awards will likely be given annually, they will institutionalize Trump’s agenda of attacking the mainstream media, while also legitimating Trump as the grantor of these awards. He will get to determine which media venues get labeled as providing “the most dishonest, corrupt and/or distorted” coverage. You can bet that it will not be the media venues that actually are the most dishonest, but the ones that depict Trump in a negative light, regardless of how factual (or not) such depictions may be.

Some believe that Trump will lose credibility from granting these awards because he will draw attention to unflattering stories about himself. Unfortunately, behavioral science research suggests that the style of coverage by news media will facilitate Trump’s agenda.

The typical style of headlines about any awards generally focus on who got the awards. Unfortunately, research shows that only 41% of readers go beyond the headlines, with most getting their news from the headline alone. Many of the rest do not read beyond the first paragraph, which in most stories would summarize who received the awards and in what category. Even the ones who do go further will experience “anchoring,” a thinking error where the first information we get about a topic drastically colors our overall perspective. Yes, first impressions really do matter.

Studies reveal that the standard journalistic methods of correcting people’s misconceptions with accurate facts backfires in the long term. If you first state the false information and then provide evidence of why it is wrong, people will tend to forget over time the evidence for why it is wrong, and start to misremember the original falsehood as true. Thus, even though many articles covering the Fake News Awards will eventually explain that these awards are meant to perpetuate Trump’s attacks on mainstream media and were awarded at Trump’s sole discretion, the damage will already be done.

To prevent this outcome of media consumers getting the wrong impression about the Fake News Awards, mainstream media need to go against its typical style of reporting, and instead align its coverage with behavioral science research. Instead of headlines about who received the awards, headlines should say something like “In Yet Another Attack on the Media, Trump Issues Fake News Awards” so that the majority of their readers who only glance at the headlines get the right impression. The first paragraph of the article should focus on how this award attempts to perpetuate and institutionalize Trump’s attack on the media and position Trump as the sole voice of truth, before talking about who received the awards.

Articles on the awards should devote some space to the “Press Oppressors awards” issued by the Committee to Protect Journalists. These awards – issued in response to Trump’s announcement of the Fake News Awards – focus on world leaders “who have gone out of their way to attack the press and undermine the norms that support freedom of the media.” Can you guess who received the “Overall Achievement in Undermining Global Press Freedom” award?

You as a media consumer can encourage media venues to cover the Fake News Awards appropriately by writing letters-to-the-editor suggesting more appropriate coverage, or more simply by tweeting and emailing them with a link to this article. You can also encourage them to take the Pro-Truth Pledge at ProTruthPledge.org to commit to truthfulness. Consider taking the pledge yourself, which aims to unite all private citizens and public figures who care about truth and facts in our society.

You can also make sure to share only articles that cover the awards appropriately. When others post articles on social media with problematic coverage, you can make comments that give a more accurate impression and draw attention to the Committee to Protect Journalists.

You have the power to address the damage from these awards.