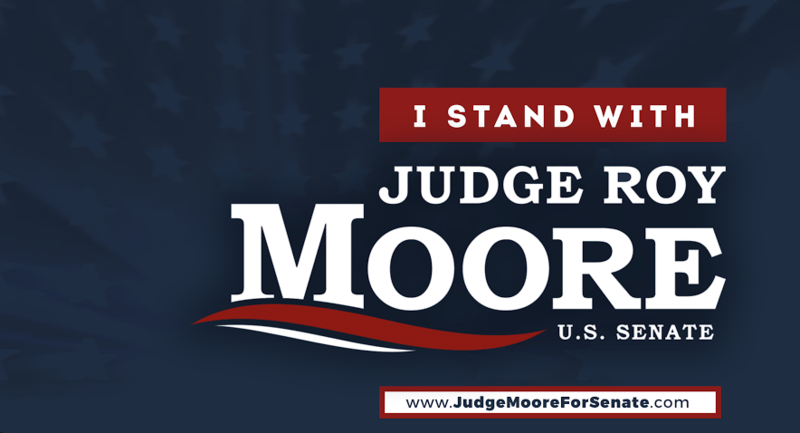 The front-runner candidate for Alabama Senate, Republican Roy Moore, called The Washington Post “fake news” after the newspaper published a thorough investigation reporting on sexual encounters between Moore and multiple teenage girls, one as young as 14. Moore’s attacks on this highly-reputable newspaper are part of a recent broader pattern of prominent public figures using the label of “fake news” to denounce quality investigative journalism. Research suggests such attacks pose an urgent and systemic danger to our democracy, as they encourage corruption, immorality, and abuse of power by undermining credible media reporting on such behavior.

As a high-quality, well-respected venue, The Washington Post would not publish such a controversial story without a thorough investigation. The article was based on multiple interviews with over 30 people who knew Moore at the time the sexual encounters happened, between 1977 and 1982. The journalists were careful to paint a balanced story, including some negative facts about the women who accused Moore, such as divorces and bankruptcies. Important points in favor of these women was that none of them knew about each other before The Post approached them about its story, and some of them supported Donald Trump and have always voted Republican.

Of course, Republicans might be reluctant to believe this report, since it goes against their tribal affiliation with the Republican Party. When considering any politically-charged matter like the Moore scandal, research suggests it’s important to acknowledge that our personal political perspectives will strongly influence us to favor one explanation or the other, regardless of the truth. According to behavioral science studies, our minds tend to search for and interpret new information in ways that conform to our past beliefs, a thinking error known as the confirmation bias.

Behavioral scientists correctly term this behavior an error as it inhibits our ability to evaluate reality clearly and thus make good decisions. It would be much more rational to update our previous beliefs based on new evidence. Yet as shown by extensive research in evolutionary psychology, described thoroughly in Rick Shenkman’s Political Animals: How Our Stone-Age Brain Gets in the Way of Smart Politics, in politically charged situations we tend to favor tribal identity over truth.

Fortunately, we can fight the confirmation bias in such situations by evaluating the opinions of people who both have the most information and have political motivations to support one side, but fail to do so or even support the other side. Indeed, a number of prominent Republican leaders are calling on Moore to withdraw from the race. Immediately after The Post publishes its story, Republican Senator John McCain called for Moore to step aside immediately, and Montana Senator Steve Daines withdrew his endorsement, as did Utah Senator Mike Lee. After a fifth woman stepped forward to accuse Moore independently of The Post’s story, Senate Majority Leader Mitch McConnell stated that Moore “should step aside,” and so did Speaker of the House Paul Ryan.

On the other hand, Republicans well-known for making false accusations of mainstream media outlets being “fake news” defended Moore and supported his attack on The Post. For example, former Trump adviser and head of Breitbart Stephen Bannon accused the The Post of being “purely part of the apparatus of the Democratic Party” for conducting its thorough investigation. Prominent Virginia Republican Corey Stewart also refused to criticize Moore and instead attacked the newspaper. A number of Fox News commentators, such as Gregg Jarrett, also attacked The Post.

To understand the danger of such accusations, let’s consider how our democracy functions. James Curran in Media and Democracy highlights the key role of a free and independent media in maintaining the political health of a democratic society. For example, media plays a crucial role in addressing corruption. Research shows that high levels of media freedom correlate with low levels of corruption, and vice versa. Other research demonstrate that higher media freedom and greater democratization address corruption in a complimentary manner. In turn, studies reveal that growing authoritarianism is associated with attacks on the media.

This scholarly context provides a major reason to worry about Moore’s attack on The Post, and the support of extremist Republicans for his attack. Even more worrisome is that Moore’s attack on quality investigative reporting represents part of a broader trend of conservative politicians across the country adopting the tactic of condemning media as “fake news” whenever there are stories unfavorable to them.

As an example, Republican Governor of New Jersey Chris Christie used a similar approach when caught abusing his power. He ordered a number of state-run beaches in New Jersey closed on June 30, yet he used a closed state beach in Island Beach State Park for himself and his family on July 2. Reporters for New Jersey’s largest newspaper, The Star-Ledger, secretly photographed him and his family using the beach. When asked about whether he was on the beach that day, Christie denied it. When confronted with photographic proof, Christie did not acknowledge and apologizing for his lies and his abuse of power in using a closed public beach for the benefit of himself and his family. He instead attacked The Star-Ledger for its reporting.

Without the attacks on the media, the investigation of Christie would have simply revealed the sordid affairs of corruption and abuse of power. Our democracy would have worked correctly with voters appropriately getting the important information from credible sources, the largest newspaper in New Jersey. With these accusations, Christie distracts attention from the corruption and abuse of power, and instead presents himself as a fighter against supposed media bias.

In doing so, Moore, Christie and many others are tapping the anti-media bias of the Republican base inflamed by Trump’s attacks on the media. He has expressed pride over his branding of high-quality venues like “CBS, and NBC, and ABC, and CNN” as “fake news” when they publish stories he does not like. His use of the term goes squarely against the actual definition of “fake news,” which Collins Dictionary – which chose “fake news” as the word of the year in 2017 – defined as “false, often sensational, information disseminated under the guise of news reporting.”

Ironically, research shows that Republicans actually tend to share actual fake news much more widely than Democrats. As an example, in the three months prior to the 2016 election, pro-Trump false stories were shared on Facebook 30 million times, but those supporting Clinton were shared 8 million times.

We are now reaping the whirlwind of politicians caught engaged in immoral, abusive, and corrupt behavior using Trump’s anti-media rhetoric to protect themselves and continue engaging in such activities. Now, it doesn’t mean that Democrats will not try similar tactics. For example, the prominent film director Harvey Weinstein, a well-known and high-profile fundraiser for and influencer in the Democratic Party, accused The New York Times of publishing fake news when they revealed his sexual harassment.

However, neither the Democratic base nor prominent Democrats bought this accusation, and Weinstein was quickly ousted from his leading roles. By contrast, Moore has continued to be staunchly supported by the Alabama Republican Party and base, despite the accusations and the withdrawal of support from many mainstream Republicans.

However, all of us – regardless of our party affiliation – will be greatly harmed if politicians are able to get away with corruption, immorality, and abuse of power through labeling of credible media sources as fake news. This tactic is posing an existential and systemic threat to our democracy, and we must do everything possible to promote truth and protect quality journalism.

P.S. Want to promote truth and fight lies? Take the Pro-Truth Pledge at ProTruthPledge.org, get your friends to take it, and call on your elected representatives to do so! Also check out Dr. Gleb Tsipursky’s forthcoming The Truth-Seeker’s Handbook: A Science-Based Guide.