The Gender Gap in the Presidential Debate - Intentional Insights 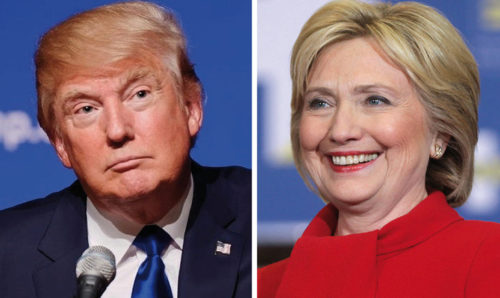 The vast majority of pundits described Donald Trump’s performance at the debate as very poor, including conservative ones. For instance, Douglas Schoen of Fox News wrote that Hillary Clinton “was ready for all of his quips with a litany of detail that may have bored the viewer at points, but showed why she is winning on qualifications.” In previous presidential debates with such a clear consensus by pundits, the polls moved several percent for the winner.

The rigorous post-debate polls suggest voters people perceived Clinton as the winner. Yet most post-debate online polls are breaking for Donald Trump. These polls are corruptible, but some have hundreds of thousands of votes, suggestive of greater enthusiasm for Trump’s debate performance, regardless of who people saw as the winner.

Clinton won the debate on substance decisively. This is the typical focus of post-debate analysis as seen in Schoen’s quote: policy details that express appropriate qualifications. Yet the viewing public often pays more attention to nonverbal cues, and remember them after the debate is over, compared to the content of what is said, according to David Givens, director of the Center for Nonverbal Studies. These nonverbals are of fundamental importance to communication, and they often mean more than what is actually being said. This is something that traditional pundits fail to give due credit.

Trump attacked Clinton repeatedly throughout the debate, interrupting her a whopping 51 times, while she interrupted him only 17. For instance, he attacked NAFTA as “the single worst trade deal ever approved in this country” with anger in his voice, and attributed this deal to Secretary Clinton. With aggressive body language and tone, he attacked her record of public service of 30 years as leading to massive job losses. He angrily criticized her for, in his words, allowing China to use United States “as a piggy bank.” Calling for “law and order,” he criticized Clinton for being soft on crime. He went personal and attacked her as having a poor temperament and judgment, and not having “the look” or “the stamina” for being the president.

Clinton had the iron control to not respond with anger and aggression to this series of allegations, which post-debate fact checkers have found to be mostly false. Instead, she kept cool, making factual statements such as “that is just not accurate” or delivering one-line comebacks in a calm voice, such as “Donald, I know you live in your own reality.”

She kept the same cool tone in her own attacks on Trump, such as on his business record of stiffing workers, or threat to negotiate down the national debt, or name-calling of a former Miss Universe contestant for her weight and Latina heritage. Trump responded to her attacks with angry interruptions and in many cases false denials.

Despite Trump’s weakness on policy details and truth, he conveyed his message with strong emotions of anger and frustration. In doing so, he played to the anger and anxiety of many working-class voters who are suffering economically and are looking for a strong protector figure.

Clinton could not afford to express anger and frustration. Women leaders who express anger are usually perceived as emotionally unstable or worse, and fail to get ahead in a number of fields, including politics. Clinton is often described as inauthentic, cold and distant, yet this criticism does not account for the difficulty she faces in expressing emotions in public speaking setting as a woman.

Despite losing the debate on substance, Trump may have won on the amount of enthusiasm elicited. While we perceive ourselves to be rational beings, in reality studies shows that our emotions drive most of our mental processes and actions. Trump’s ability to influence large numbers of people with his emotions – his charisma – is in part a result of Clinton not being able to tap anger and fear. These emotions are particularly powerful motivators that induce people to take action – such as vote in online polls, or vote in the actual election for that matter. Clinton will continue to face a fundamental disadvantage in this election due to the gender norms for emotional expression in our society.