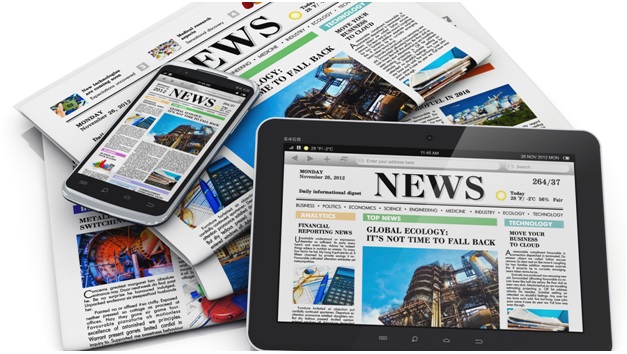 Many mainstream media outlets criticized conservatives with a broad brush over the Montana Congressional special election winner Republican Greg Gianforte assaulting a reporter, Ben Jacobs. Yet, according to behavioral science research conducted by myself and others, such criticism may end up hurting the safety of journalists, instead of advancing freedom of the press and pursuit of the truth.

First, the facts of the incident itself. According to the evidence available, Gianforte grabbed Jacobs by the neck, slammed him to the ground, and punched him. The episode was witnessed and corroborated by multiple independent witnesses, including Fox News and BuzzFeed reporters. The local sheriff – who earlier gave a financial contribution to Gianforte’s campaign – charged Gianforte with misdemeanor assault.

How did conservatives respond? The assault took place on the evening of May 24, and Fox News – which had a reporter on scene – quickly wrote up a fair and balanced account. The Fox News account specifically stated that “at no point did any of us who witnessed this assault see Jacobs show any form of physical aggression toward Gianforte,” which Fox News certainly did not have to do. In fact, the Fox News story contradicted the official statement offered by Gianforte’s campaign, which accused Jacobs of starting the fight by grabbing Gianforte’s wrist, a statement now widely seen as a lie. A conservative venue, TheBlaze, ran a piece critical of Gianforte’s statement, and The New York Post ran a similar piece.

Many conservative politicians also responded in a worthy manner. Within 24 hours of the assault, Speaker of the House Paul Ryan stated that “There’s never a call for physical altercations… I think he should apologize.”  This length of time is quite reasonable, as Ryan needed to find out the relevant facts. Steve Daines, a Montana Senator and major supporter for Gianforte, also called on Gianforte to apologize, adding “I do not condone violence in any way.” Under such pressure, Gianforte rescinded his earlier deceptive official statement and instead apologized, saying “I should not have treated that reporter that way, and I’m sorry Ben Jacobs.”

Certainly, some conservatives did not respond well. The conservative radio show host Rush Limbaugh practiced victim-blaming, implying that Gianforte’s actions were not a big deal because “the journalist was being insolent and disrespectful.” The Daily Caller, a prominent conservative website, ran a story about some Montana voters supporting Gianforte’s actions. A former Republican congressman defended Gianforte.

Such problematic responses that appeared to condone or ignore violence against reporters do not represent the majority of conservative responses. Nonetheless, The New York Times ran a story entitled “A reporter was body slammed, but some conservatives want the news media to apologize.” Chris Cuomo of CNN had harsh words for the Republican Party on the morning after the incident, asking “You know what I hear? Silence. Where is the GOP?” The Philadelphia Inquirer carried a piece entitled “In Trump’s America, that reporter body slam didn’t come out of nowhere.”

Other mainstream venues downplayed condemnation by conservatives of Gianforte’s behavior and emphasized those standing by him. The Washington Post, in its editorial responding to the incident, quoted Ryan’s words supporting the right of people from Montanan to elect their representative, while failing to mention that he demanded an apology. In turn, The Atlantic quoted a joke made by Republican Representative Mark Sanford, while conveniently forgetting that Sanford’s response also condemned the culture of hostility toward the media that contributed to Gianforte’s behavior.

Unfortunately, the content on these mainstream media venues fails to provide an accurate depiction of reality, which harms journalist safety. Most of the content does acknowledge – in the depths of each piece – that many conservatives condemned Gianforte’s behavior. Yet behavioral science research on news consumption shows that 59 percent of Americans are casual readers who only read the headlines. Thus, many casual independent or conservative readers would fail to perceive the widespread condemnation by conservative leaders of Gianforte’s assault.

This outcome harms the safety of journalists. Research shows that our minds interpret new information in accordance with our past beliefs—a thinking error known as the confirmation bias. The confirmation bias is one of several thinking errors—known in behavioral science scholarship as cognitive biases —that lead to motivated reasoning, where people pre-select a certain conclusion and reach that conclusion regardless of the facts. Fortunately, we can fight the confirmation bias in such situations by evaluating the opinions of prominent influencers who have political motivations to support one side, but fail to do so or even support the other side. Such strategies have effectively changed people’s perspectives even in our current polarized environment. Unfortunately, many mainstream venues failed their readership by not conveying the data needed for them to draw accurate conclusions and thus advance press freedom.

Another problem comes from one of the strongest findings in behavioral science, which shows that human beings respond very strongly to positive reinforcement. Through the style of their coverage painting all conservatives with a broad brush, these mainstream venues fail to provide positive reinforcement to conservatives who behaved in a prosocial manner. Research suggests that optimal performance comes from a combination of internal and external motivations. External incentives according to research, are especially crucial for promoting prosocial behavior such as protecting freedom of the press.

A further issue is the equating of Trump’s behavior with Gianforte’s actions. Conservative venues such as Breitbart immediately took the opportunity to condemn such comparisons, and call out what the article depicted as media “hypocrisy” for failing to do the same when liberals used violence. As others have accurately pointed out, while Trump’s actions help create a climate of hostility to the media, it is much more difficult to connect Gianforte’s actions to Trump’s words. Drawing such connections undermines the already-low media credibility. A much better model for reporting on this connection came from a conservative venue, The American Conservative. It ran a piece that accurately describes how the hostility to mainstream media among Republicans predated Trump, while acknowledging that Trump ramped up this hostility, and criticizing Gianforte for lacking anger management skills. Such reporting, by providing an accurate depiction that attributes only a small part of the blame to Trump’s actions, helps protect journalists.

Next time, these mainstream venues need to provide accurate reporting to avoid undercutting their credibility, to praise prosocial behavior to create incentives and positive reinforcement, and to have all readers take away accurate impressions from their headlines. You can make a difference by writing letters to the editor and making social media posts asking journalists to commit to accurate reporting and to take the Pro-Truth Pledge for the sake of protecting the safety and freedom of the press. What you can do right now is take the pledge yourself to show your own commitment to the truth.

P.S. Want less lies in politics? Take the Pro-Truth Pledge, encourage your friends to do so, and call on your elected representatives to take it!

Please DONATE if you found this article helpful. Intentional Insights is a 501(c)3 nonprofit, and we are able to create our content only thanks to the generous support of readers like you (your donations are tax-deductible). We also invite you to volunteer and buy our merchandise. To avoid missing out on content that help you reach your goals, subscribe to the Intentional Insights monthly newsletter and RSS feed. Thank you!